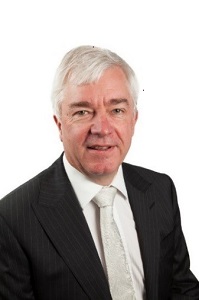 Andrew’s career has covered a number of industrial and service sectors, including CEO and non-executive director roles in ASX listed companies.

After graduating with a degree in Applied Science and a Master’s degree in economics from the University of Melbourne, he worked with General Motors in a variety of local and overseas positions before moving to PA Consulting as a strategy and performance consultant within the Capital Intensive division. His assignments covered a variety of large industrial companies in Australia and Asia and was followed by roles in McIntosh Securities (as Australia’s first Utilities Analyst) and Mercury Energy (NZ). He returned to Australia to lead the development of Yallourn Energy, where he built a class- leading capability in generator marketing. He then became Chief Executive Officer of the publicly listed Australian Energy / Power Direct. He joined Fish & Nankivell early in 2012.

Andrew is a non-executive Director of Energy One Limited (ASX:EOL), Australia’s premier software provider to the energy industry. 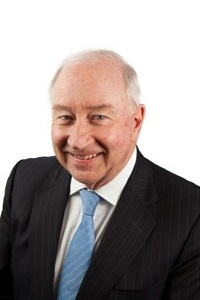 Ian has been a leading member of the executive search profession in Australia since 1984. He was a founder of Fish & Nankivell and became a Principal of Penrhyn International in 1985 and is past Chairman of Penrhyn. Ian is recognised for the many senior assignments he has conducted in the financial services sector, as well as his assignments for many leading Australian manufacturing, professional services, technology, resources, consumer products and retail companies. Through Boardroom Search, Ian has also conducted many searches for non-executive chairmen and directors. Ian has also conducted a large number of reviews of Boards, evaluating their effectiveness and performance.

Ian is a graduate in Economics of Monash University, and is a Foundation Fellow of the Australian Institute of Company Directors

Ian worked for Alcoa of Australia as Manager, General Products Group; was employed by the Pratt Group as Chief Executive of companies acquired from Pacific Dunlop and James Hardie, and then moved into the Venture Capital Division of Pratt & Co Financial Services. 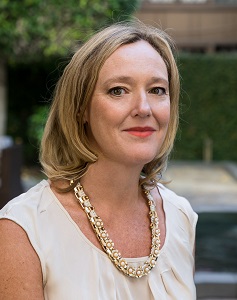 For over twenty years, Julia has been committed to delivering exceptional executive search and consultancy services. She is a graduate of the University of St Andrews, Scotland (MA Hons) and she began her recruitment career in a leading UK financial search and selection firm. She was appointed Director FSS Group in 1999 leading large multidisciplinary teams to deliver recruitment solutions to broad range of clients. In 2005 she was approached by the global search firm, Odgers Berndtson to join their not-for-profit practice as a Principal. Julia has continued her search career in Australia, joining Fish & Nankivell in 2013.

For the last four years Julia has been working in Melbourne to establish a deep and broad network of contacts across Australia. Working closely with Directors and Executives, often with organisations that intersect the private and not-for-profit sectors, Julia has delivered on a wide range of projects. Her expertise is sought by organisations which are experiencing an unprecedented period of strategic change, whether this is due to digital disruption, increasing competition, significant growth or changing models of funding, each of her clients is seeking the leadership to drive its organisation into the future.

Chairs, Non-Executive Directors, Chief Executive Officers and Executives are her core business, along with complex roles requiring a unique blend of technical or specialist skills. Many of these projects required concentrated research and search beyond traditional networks. High levels of confidentiality and integrity ensure that clients, sources and candidates are treated with respect, resulting in business intelligence that is second to none.

Julia was appointed as Global Lead Education and Not for Profit Practice at the Penrhyn International AGM in Melbourne 2017. She also has considerable experience across other practice groups including transport, infrastructure, healthcare & life sciences, sports and entertainment.

The firm is 100% owned by the Principals. This gives us a vested interest in building a sustainable business through client satisfaction. All initial contact with potential candidates and sources is conducted by a Principal, unlike most other recruitment firms where this critically important work is delegated to junior employees. From our base at 1 Collins Street, Melbourne, we carry out assignments across Australia.

Fish & Nankivell is the oldest locally-owned executive search firm in Australia, having been founded in 1984. We provide a high quality vehicle for conducting mid-level to senior advertised executive recruitment.