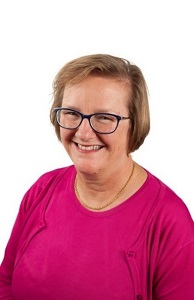 Kathy's career in executive search started in 2000, and she has been a Principal in Penrhyn International since joining Fish & Nankivell as a partner in Melbourne in early 2004. She specialises in searches for critical roles – mainly chief executive officer or equivalent – for not-for-profit organisations which recognise the need for excellence in management and superior financial outcomes. In many cases she is called upon to search out those hard-to-find people who have experience in both the commercial profit-driven world and the community sector.

In 2007 she opened an office of Fish & Nankivell in Canberra.

Kathy has a BA with Honors in English, a Diploma in Education, a Graduate Diploma in Information Studies, and an MBA from Melbourne Business School.

Prior to her career in search Kathy worked for seven years with the publisher Curriculum Corporation, a company whose board comprises the Chief Executives of the nine State, Territory and Commonwealth departments of education. She was originally a teacher. She has been on the board of the Victorian Institute of Sport for 10 years, and (until it merged with another provider) served previously on the board of Urban Communities Ltd, a public/private housing provider which emerged from the Becton/Victorian government joint venture at the Kensington public housing estate in inner Melbourne. In 2016 she joined the Nominations and Remuneration Committee of Netball Australia.

The firm is 100% owned by the Principals. This gives us a vested interest in building a sustainable business through client satisfaction. All initial contact with potential candidates and sources is conducted by a Principal, unlike most other recruitment firms where this critically important work is delegated to junior employees. From our base at 1 Collins Street, Melbourne, we carry out assignments across Australia.

Fish & Nankivell is the oldest locally-owned executive search firm in Australia, having been founded in 1984. Ogilvie Watson was established in 1995 and continues to provide a high quality vehicle for conducting mid-level to senior advertised executive recruitment.